You have permission to edit this article.
Edit
Home
News
Sports
Obituaries
Multimedia
e-Edition
Classifieds
1 of 2 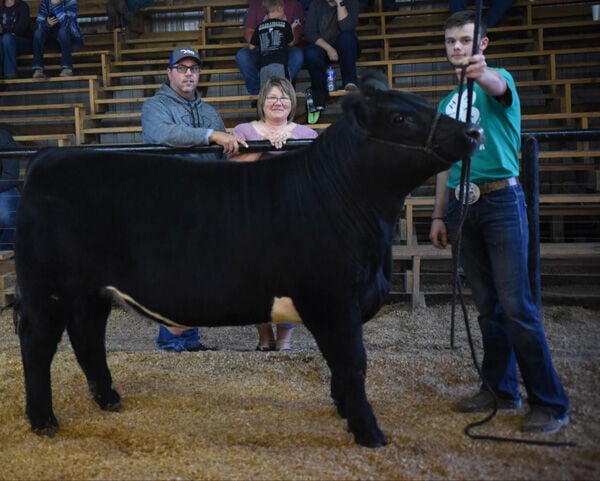 Ty Hysell’s Reserve Grand Champion Market Beef was first on the list to sell in Monday night’s auction with Jeremy and Michelle Dooley with Dooley Farms purchasing the steer to participate in the “Beef up Iowa” program. 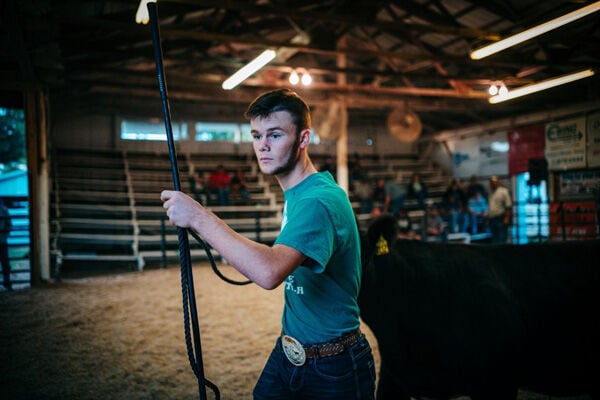 Ty Hysell’s Reserve Grand Champion Market Beef was first on the list to sell in Monday night’s auction with Jeremy and Michelle Dooley with Dooley Farms purchasing the steer to participate in the “Beef up Iowa” program.

In mid-June, Iowa Governor Kim Reynolds along with Lieutenant Governor Adam Gregg and Secretary of Agriculture Mike Naig announced the new “Beef up Iowa” program to help not only beef producers in Iowa, but also food banks throughout the state. Jared Chambers announced Wayne County would be participating in the “Beef up Iowa’ program just before the market beef entered the show ring for the 2020 Wayne County Fair Livestock Auction on the evening of August 3

As Chambers spoke of the program he noted only five cattle from Wayne County would be able to participate in the program where they are taken to Iowa State University to be processed. Through the Beef up Iowa program, Iowa State University paired up with the Iowa Food Bank Association to process cattle from Iowa beef producers to help with the limited processing options due to the COVID-19 pandemic.

Once the cattle are processed the meat would be distributed to food banks and food pantries across the State of Iowa. Any beef processed from Wayne County would return to the local Wayne County food bank.

As food banks across the state have noted increased demand following the pandemic, processing options for beef decreased. Through the CARES Act allocated by Governor Reynolds, funds would be distributed to help cover the processing costs.

The first calf to enter the show ring in Monday night’s livestock auction was the Wayne County Fair Reserve Grand Champion Market Beef Steer shown by Ty Hysell. Chambers announced it would be the first calf of the evening to qualify for the program based on weight.

As the bidding began, it was also noted anyone purchasing a steer for the Beef up Iowa program would have a $1.00 floor price compared to a lower floor amount set for beef being purchased for local use.

Want to vote in person? Here's how to judge the risk

Jeremy and Michelle Dooley with Dooley Farms purchased Hysell’s steer and announced they would like it to go to the Beef up Iowa program.

"I had no idea about the program until Jared [Chambers] made the announcement before the auction, said Michelle on the decision to purchase Hysell's steer. "God is wanting to bless Wayne County and the Dooley Family wanted to be a part of blessing others."

"I have a wall hanging in my kitchen/dining room that says, “when you have more than you need,  build a longer table rather than a higher fence,” Michelle added.

“Purchasing the calf and participating in this program was just another great opportunity for us to support our community in another way,” said Assistant Fire Chief Josh Cobb.

The Corydon Volunteer Fire Department made the decision to purchase the calf using earned from department fundraisers organized throughout the year as well as controlled burns.