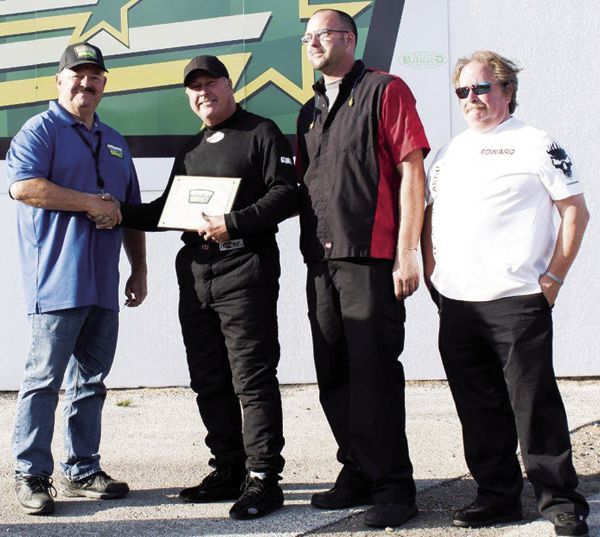 Dominic Blasco, President and General Manager of Cordova International Raceway, hands Jack Wyatt a plaque in recognition of his induction into the National Drag Racing Hall of Fame on Aug. 24 in Cordova, Ill. Pictured alongside Jack is Tyler Wyatt, son and crew chief along with Ed Wulff, longtime friend, crewmember and sponsor. Photo by Jen Reed 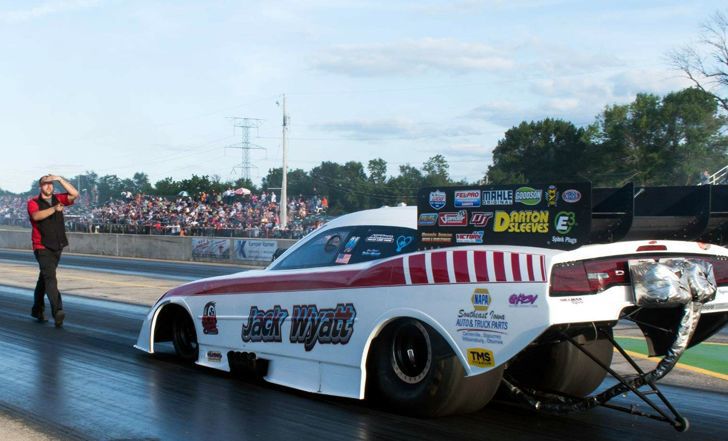 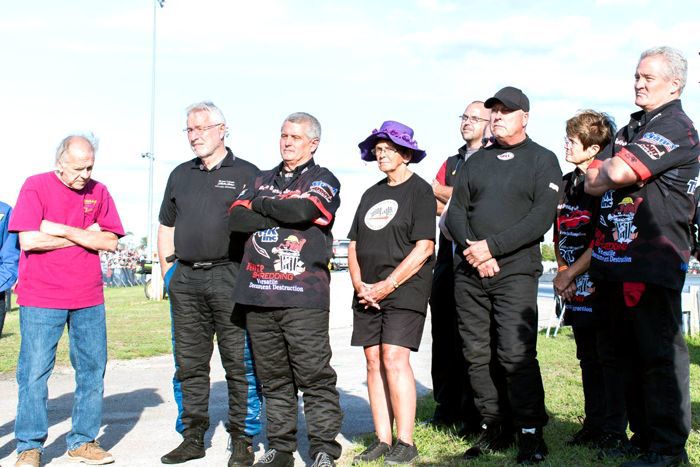 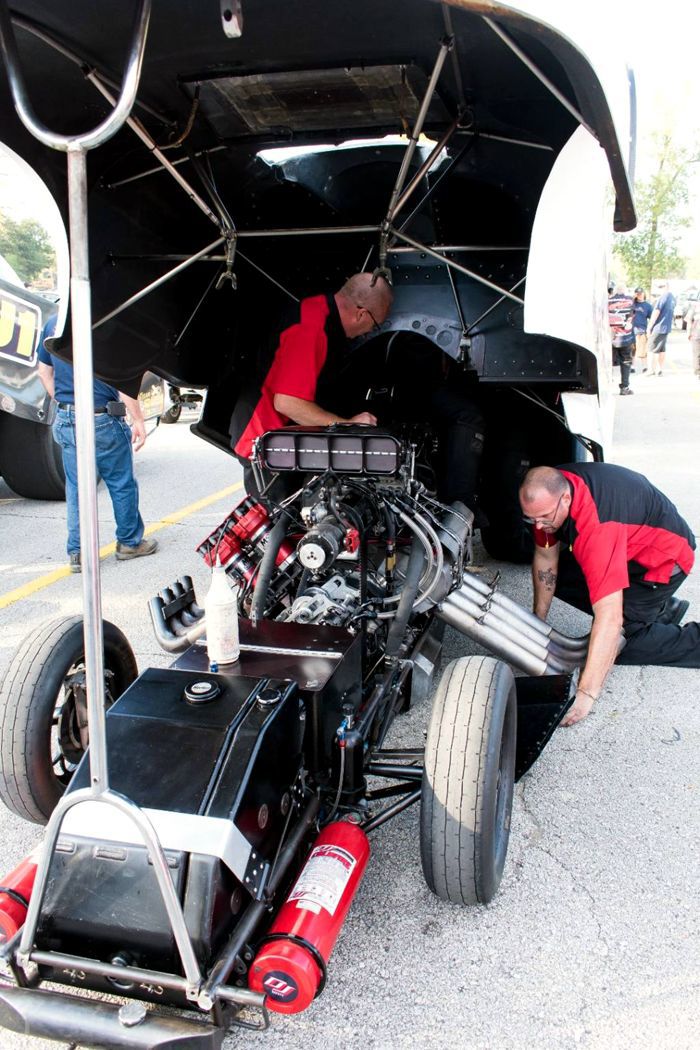 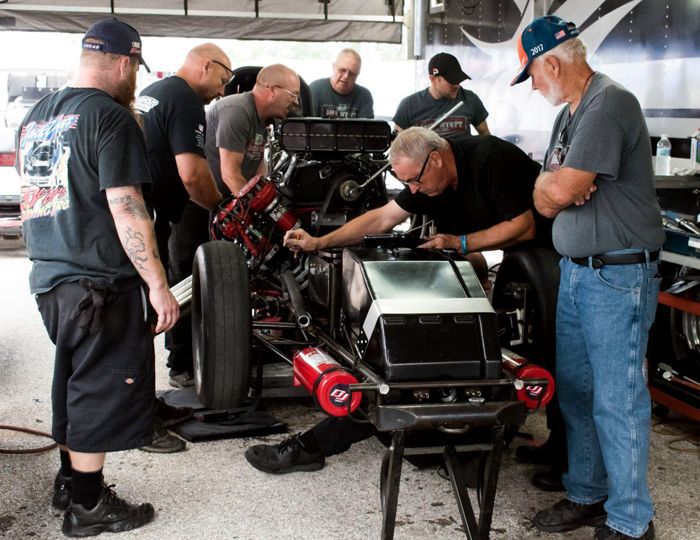 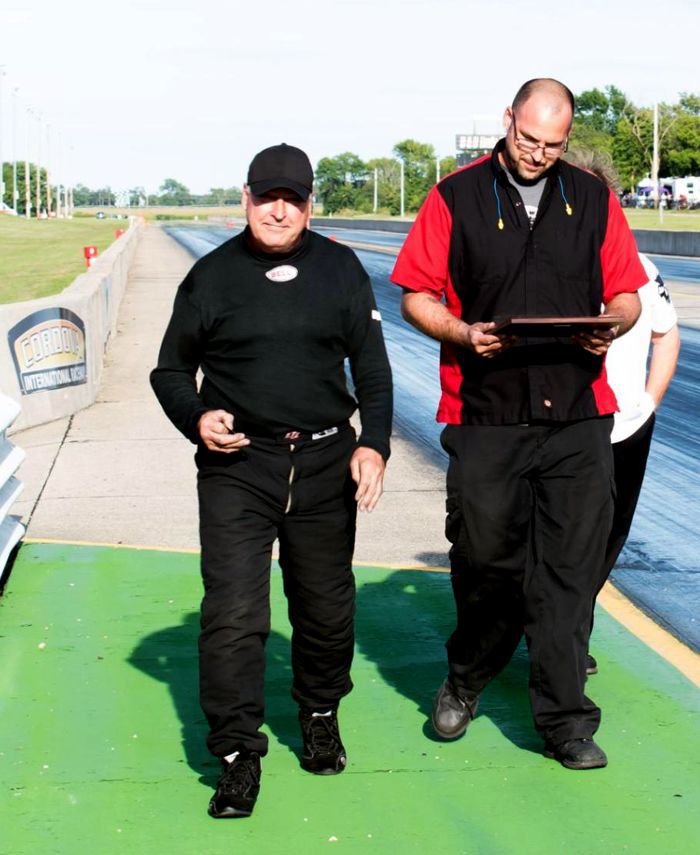 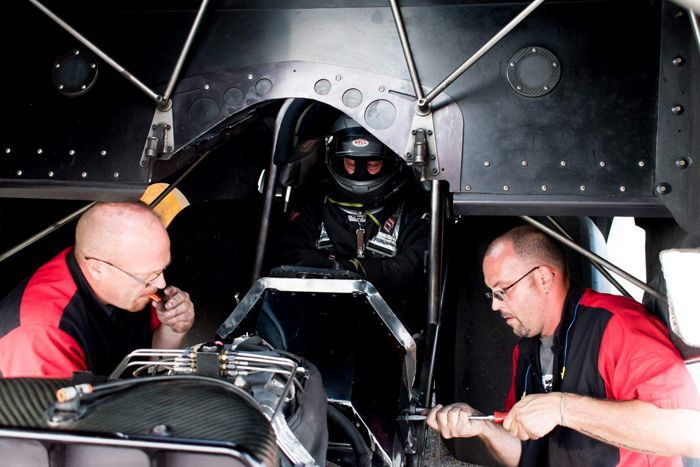 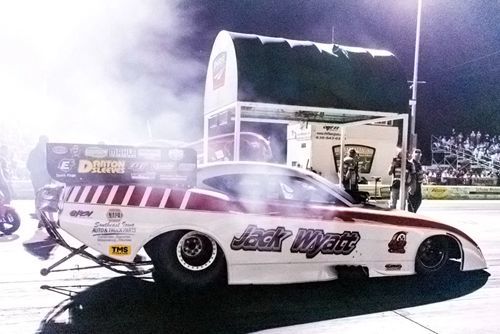 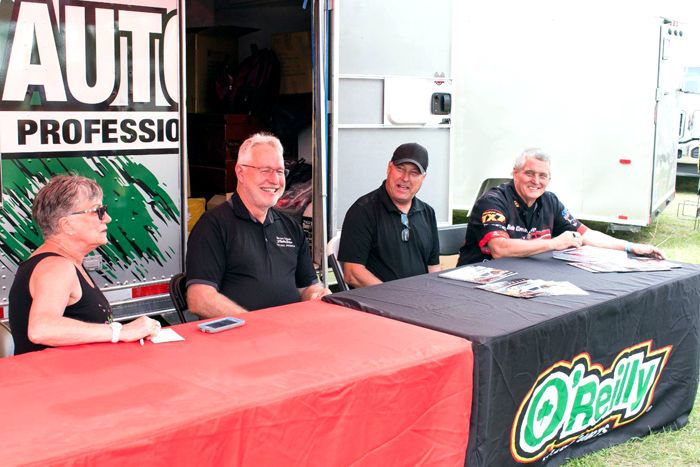 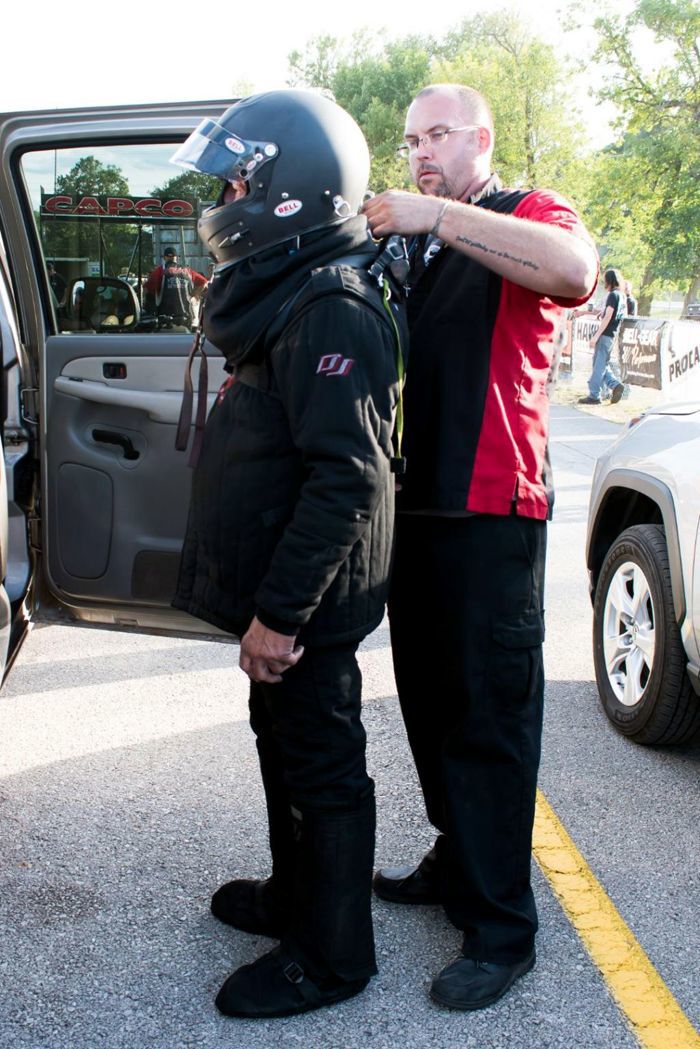 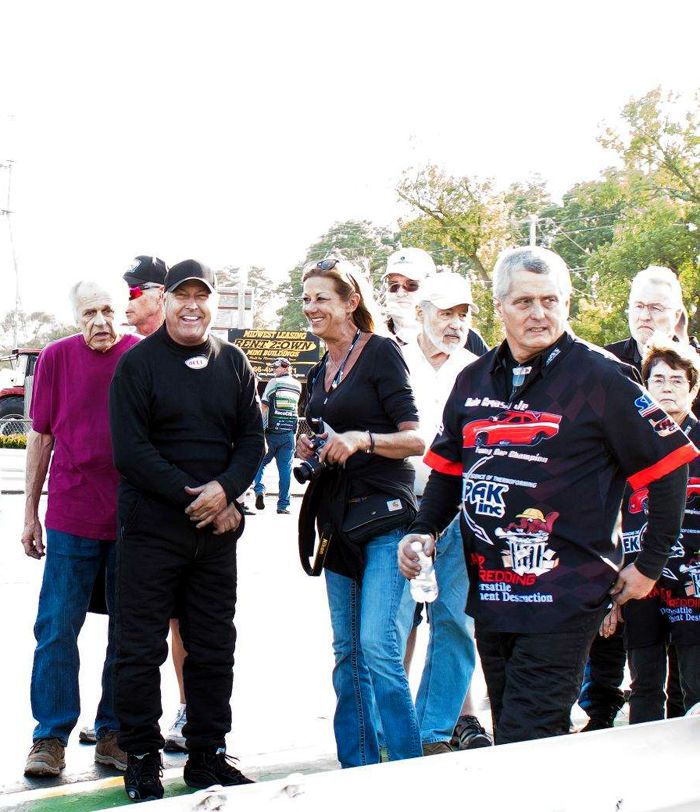 Dominic Blasco, President and General Manager of Cordova International Raceway, hands Jack Wyatt a plaque in recognition of his induction into the National Drag Racing Hall of Fame on Aug. 24 in Cordova, Ill. Pictured alongside Jack is Tyler Wyatt, son and crew chief along with Ed Wulff, longtime friend, crewmember and sponsor. Photo by Jen Reed

Throughout the day fans were treated with the constant smell of burning rubber, the sound of high horsepower engines revving in the distance and the blurred sight of all makes and models of bracket cars screaming down the quarter mile.

While this excitement was taking place on the track, another type of excitement was being anticipated in the pits of the professional competition nitro teams. These pro level cars were being meticulously inspected and set up for race duty by those that live for this nitro culture.

As this activity was being performed more and more race fans congregated into the pits to get their first taste of what they were there to witness; the sight and sound of the supercharged nitro burners.

As the pro teams were ready, each team started up their machine. First a slight whine of the starter motor turning the engine over. Then the loud sound of the engine as it is fired on alcohol. As the engine smoothly idles on alcohol the real excitement builds. This is when the fun happens.

There is nothing like the experience of an engine fired on nitromethane. All senses are attacked: the loud roar is what strikes you first; then overwhelming pressure beating your chest; then it’s the blurred sight surrounding the race car; and if you’re lucky enough the smell of the nitro exhaust fumes burning your sinuses and the tears roll down your cheeks. The experience is absolutely exhilarating.

Once the teams feel their car is ready for competition the calm before the storm sets in.

It was at this time that the storied racers, about to be recognized for their love and commitment to their sport, spent time signing autographs and speaking with fans. Back in the pits their crews finished the preparation and brought their cars into the staging lanes.

Prior to paying respect to our country with the playing of our national anthem and firing the supercharged nitro burning top fuel engines, three legends of the nitro burning ranks were honored with their inductions into the Drag Racing Hall of Fame.

The attendees packed the stands and crowded the fences to witness the induction.  Inductees were announced along with their back-stories and accomplishments over their careers.

Jack was presented a plaque from Dominic Blasco, President and General Manager of the Cordova International Raceway. Accompanying him to accept the award was his son, Tyler Wyatt, and longtime friend, crewmember, sponsor and former Corydon resident Ed Wulff.

Following the induction ceremony the drivers made their way back to their racecars to get suited up and strapped in for competition while a prayer invocation was made and the national anthem sung.

Once again the anticipation of the supercharged nitro cars took over and the entire crowd waited. The first two nitro top fuel cars were then brought onto the dragstrip for the first run of the evening.

With a quiet excitement engulfing the crowd, a soft whining sound from the two starter motors could be heard from the cars. Another assault on the senses was about to begin.